The first expressway that runs through the eastern coastal area of Shenzhen is a multifunctional highway for transit, coastal tourism, and Daya Bay nuclear power emergency. It pays attention to environmental protection and seaside coordination. It was praised by China Communications as a "tourist highway", divided into three stages, ABC and ABC. The whole line was completed in 2010. The main line of the project is 30 kilometers long. The Wutongshan Interchange with four and a half floors was the largest and smallest interchange in Shenzhen at that time. The Yanba Expressway Dameisha Tunnel was awarded the 2002 China Luban Prize for Construction Engineering. 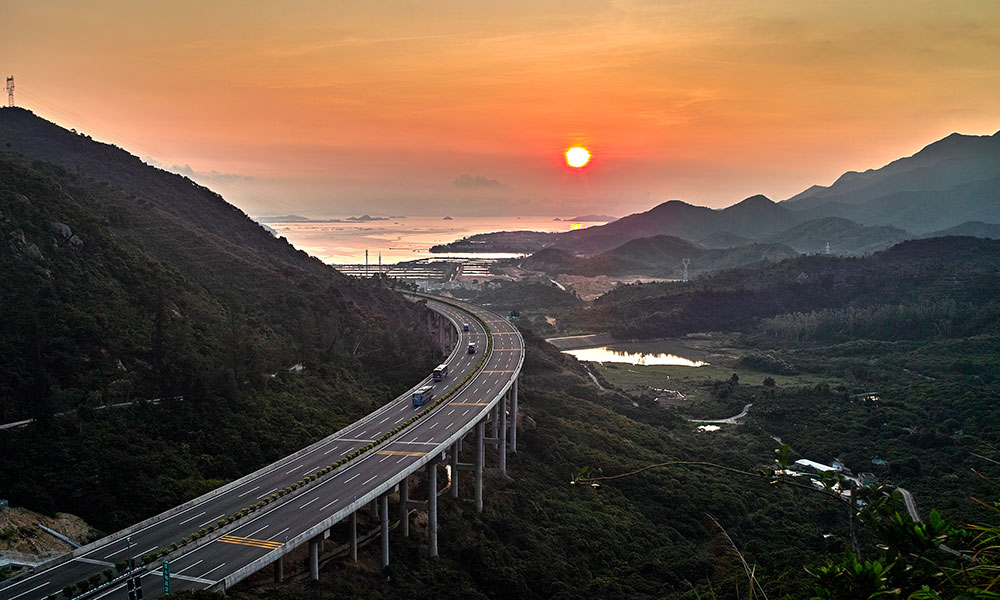